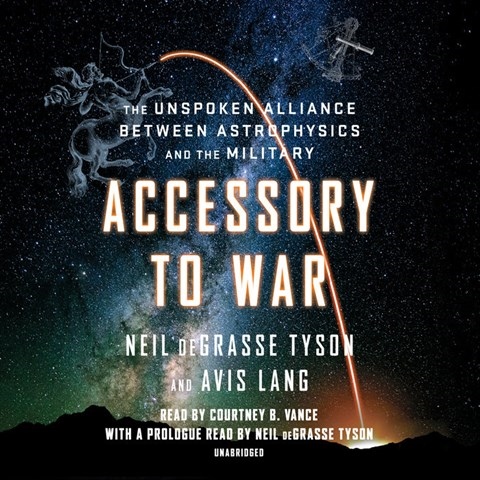 ACCESSORY TO WAR The Unspoken Alliance Between Astrophysics and the Military

The relationship between science and the military is thousands of years old. This fascinating audiobook connects the two with regard to the contemporary world, discussing how the universe is being used for industry and government power. DeGrasse Tyson reads the introduction, and he does a terrific job. He has a silky, deep voice, and he paces himself well. He could credibly read the entire work himself, but instead he hands off the audiobook to Courtney B. Vance, whose voice is just as deep but more formal, even regal. Vance does a magnificent job continuing the story with a tone that supports Tyson and Lang's words. The result is an audiobook that speaks to all of us, even those who know little about astrophysics. R.I.G. © AudioFile 2018, Portland, Maine [Published: SEPTEMBER 2018]