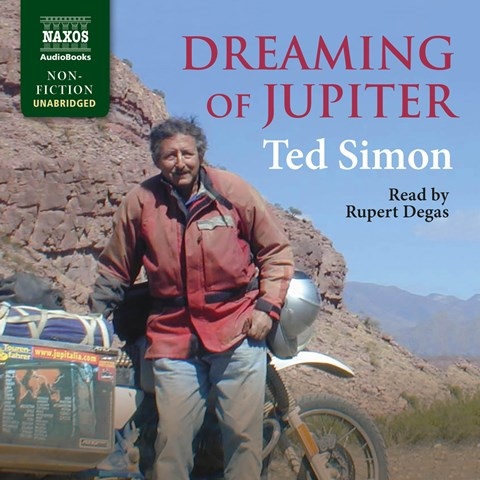 Narrator Rupert Degas is a fine mimic and voice actor. His inflection and tone remind the listener of the great English thespians. He performs accents expertly--from South American to Italian to Kiwi--and gives Simon's sprawling audiobook texture and a sense of place. In 1974, the author took a motorbike trip around the world and wrote about it. He became famous for this epic ride; his return trip three decades later, when he was in his early 70s, is a tribute to his pluck and tenacity. Adventures abound. Both bike and man suffer injuries and indignities; he breaks his leg and collarbone. The motorbike has to be rehabilitated at various points along the way. Both man and machine persevere and prevail. A.D.M. Winner of AudioFile Earphones Award © AudioFile 2018, Portland, Maine [Published: NOVEMBER 2018]