HomeÂ»ReviewsÂ»ALL I WANT FOR HALLOWEEN 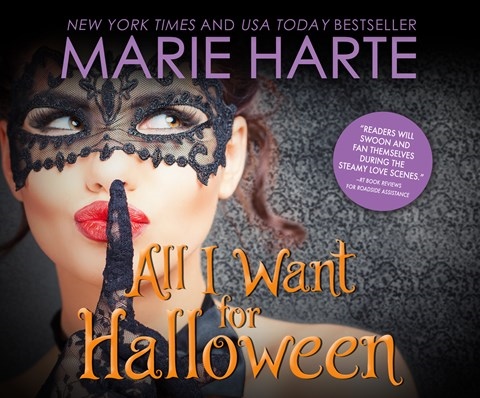 ALL I WANT FOR HALLOWEEN

Narrator Brenda Eddy has listeners feeling the sparks fly between baker Sadie Liberato and motorcycle mechanic Gear Blackstone when they meet at a Halloween costume party. Gear had his own reality show for his motorcycle shop before he was betrayed by his best friend and then fiancée. Given the description of Gear as a big, strong guy, the listener would expect Eddy to give him a deeper voice. Sadie is a tough, no-nonsense person, and Eddy expresses that confidence well. She also does an effective job portraying Sadie's brother and other secondary characters. The listener can easily visualize the confrontation between Gear's former fiancée and Sadie, who has a fiery personality. Overall, Eddy narrates the story with flair. S.B. © AudioFile 2018, Portland, Maine [Published: AUGUST 2018]