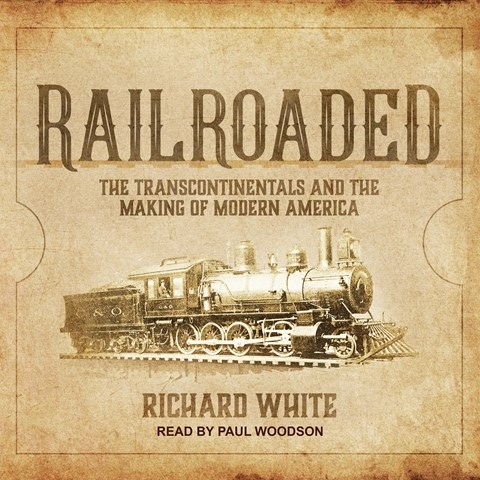 RAILROADED The Transcontinentals and the Making of Modern America

Narrator Paul Woodson does a marvelous job with this audiobook. His deep, resonant voice brings to mind nineteenth-century intonations and pronunciations. Narrating at a lively clip, he has a command of the author's intent, pausing and accentuating for effect and to create dramatic tension. What makes Woodson's job a bit easier is that he's narrating history written by one of the giants in the field. The story of the building of the western railroad after the Civil War is a story of America itself. There's greed, ambition, the public good, racism, government involvement, and the wealthy industrialists, known as the Big Four--Stanford, Huntington, Crocker, and Hopkins--who got it done. R.I.G. © AudioFile 2019, Portland, Maine [Published: APRIL 2019]