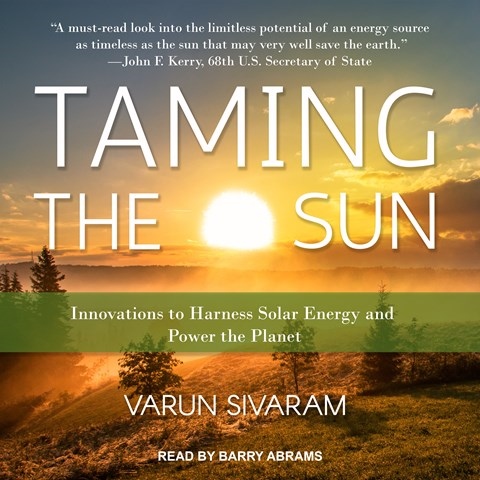 Think of the world of 2050. It could be a polluted world of droughts, floods, and heat waves. It could also be a solar world, with carbon emissions stored or used in industry. Varun Sivaram, a senior adviser to Los Angeles' mayor, reviews the hurdles in both policy and the technology itself as he offers glimpses of a brighter solar future. Narrator Barry Abrams captures the author's enthusiasm as he tours the world's solar projects, visiting India, Germany, Mexico, and the Mideast. Abrams appropriately tempers his cheerful narrative with a cautionary tone reflecting the research and investment that are still needed. Sivaram goes heavy on details of financing and science that bog down at times. Those details are important, though, for shaping the future. J.A.S. © AudioFile 2018, Portland, Maine [Published: AUGUST 2018]