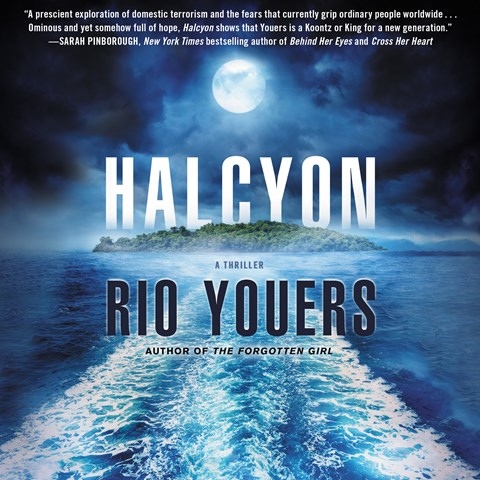 Martin Lovegrove takes his two daughters to an island called Halcyon to heal from a terrible tragedy. This psychological thriller gives narrator George Newbern an opportunity to showcase his skill at keeping the tension high amid what at first appears to be a bucolic setting. Once Martin learns the truth about Mother Moon, the owner of the island, he realizes dark forces are at work, and his children are in danger. Newbern ramps up the pace, giving the dialogue a staccato rhythm that transfixes the listener as Martin battles the evil that emerges. Graphic gore and paranormal incidents will satisfy fans of horror fiction. Newbern's strength lies in his judicious control of these effects. E.E.S. © AudioFile 2018, Portland, Maine [Published: SEPTEMBER 2018]