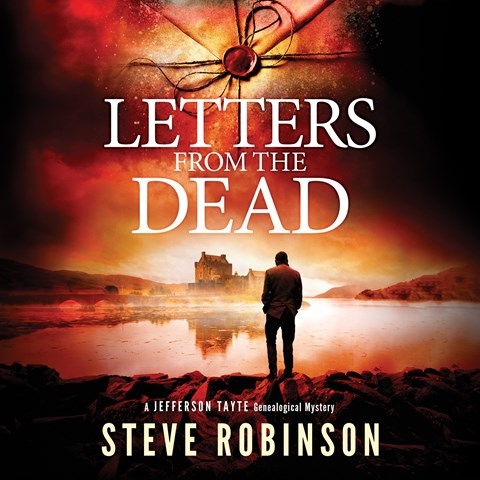 This is the seventh outing for Robinson's genealogical investigator, Jefferson Tayte, and Simon Vance has narrated them all. Tayte is an American living in England, and this time Vance has the added challenge that the story alternates between present-day Scotland and nineteenth-century India. He segues flawlessly between accents as loyal listeners would expect of such an experienced narrator. As members of the same family are being picked off one by one in the present, Tayte must race to find a stolen Indian ruby the police believe the killer is searching for. The story of the ruby is entwined with one of thwarted love. Both are slowly revealed through letters left for Tayte by the murderer, increasing the story's tension. C.A.T. © AudioFile 2018, Portland, Maine [Published: AUGUST 2018]