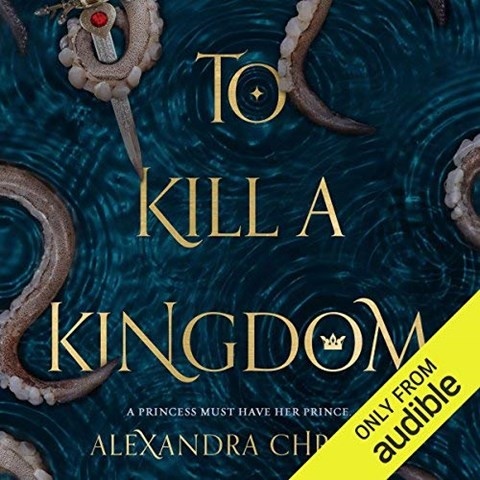 TO KILL A KINGDOM

Dual narrators heighten the drama of this fantasy featuring Lira, a bloodthirsty siren princess, and Elian, a siren-hunting human prince. Though the two are mortal enemies, complex circumstances lead them to a reluctant alliance and a shared quest that will alter their destinies. Stephanie Willis delivers Lira's vicious, impassioned narration with theatrical relish, allowing the character's fierce tones to soften as she begins to understand how deeply she's been warped by her mother, the merciless Sea Queen. Jacob York gives rakish swagger to Elian's drive to protect both his kingdom and his beloved ship's crew. Accents for supporting characters range from subtle to distracting, but listeners likely won't mind as they're swept along by this dark yet ultimately hopeful tale. R.A.H. © AudioFile 2019, Portland, Maine [Published: MARCH 2019]