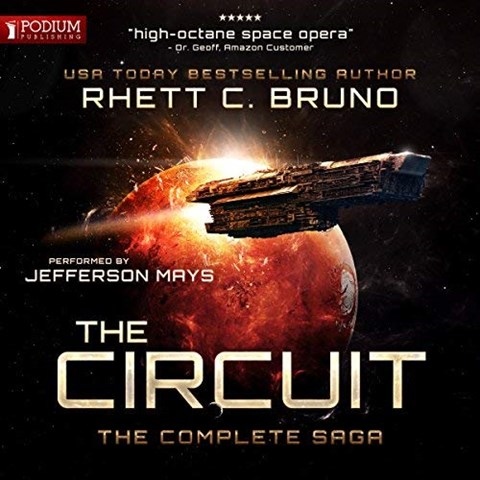 The story of a desperate dystopian future is told by narrator Jefferson Mays in a stentorian tone. The earth has been all but destroyed by mankind's greed and stupidity. Humanity has fled to the stars, settling on a string of planets and moons, where they rely on each other to survive and dream of a return to their home planet. As each colony in "The Circuit" contributes something to keep humanity alive, enemy aliens, called the Ceresians, plot to wipe out mankind once and for all. Mays has the unenviable task of giving voice to humans and nonhumans alike. All the distinctive voices carry a complicated, ultimately very human, story to a powerful conclusion. M.S. © AudioFile 2018, Portland, Maine [Published: SEPTEMBER 2018]