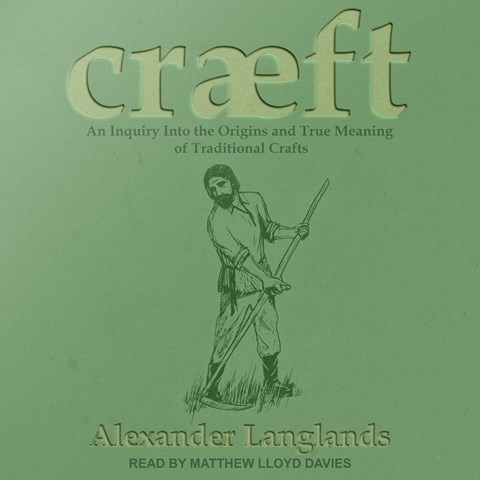 In his preface, archaeologist Alex Langlands notes, "I'm from the south-east of England and speak with an estuary accent: far from posh, a step up from cockney." Matthew Lloyd Davies reflects this in his narration, rendering Langlands, who may be familiar to some from the BBC series "Victorian Farm," eminently likable. Even more important than the accent, though, is Langlands's palpable enthusiasm for traditional British crafts and craftsmanship, which Davies ably communicates and maintains for the entirety of the audiobook. CRAEFT is liveliest when Langlands is describing his own experiences with particular crafts, such as thatching a roof or learning to use a mattock, a Bronze Age tool, to dig up the ground for a vegetable garden. Listeners might well be inspired to try making something by hand. J.M.D. © AudioFile 2019, Portland, Maine [Published: AUGUST 2019]