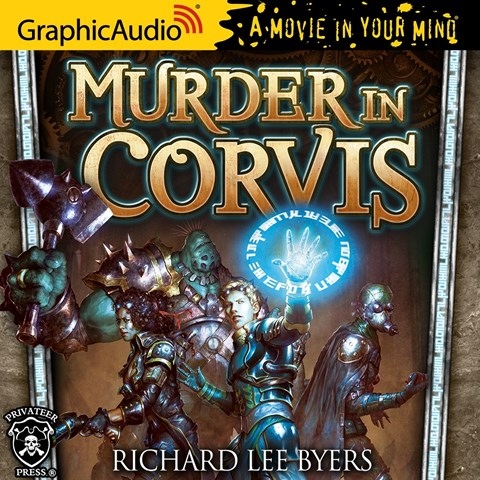 Narrator Terence Aselford's steady narration sets the stage for this tale of murder on the planet Corvis. Using his deep bass voice, Scott McCormick excels as Trollkin bounty hunter Gardek Stonebrow, while Joy Jones's lighter voice emulates the enterprising mechanic and soldier Colbie Sterling. Joined by a full cast, these veteran performers become the investigators who seek a killer who leaves behind brutally savaged corpses and a distinct, repulsive odor. Battle scenes, creepy music, and other sound effects accompany the investigators as they work to solve the murders of those who frequent gaming halls, particularly The Queen of Skulls. Listeners will enjoy McCormick's portrayal of the tough-hided Stonebrow and his fellow Trollkin as clues to the murderer unfold. M.B.K. © AudioFile 2019, Portland, Maine [Published: JANUARY 2019]