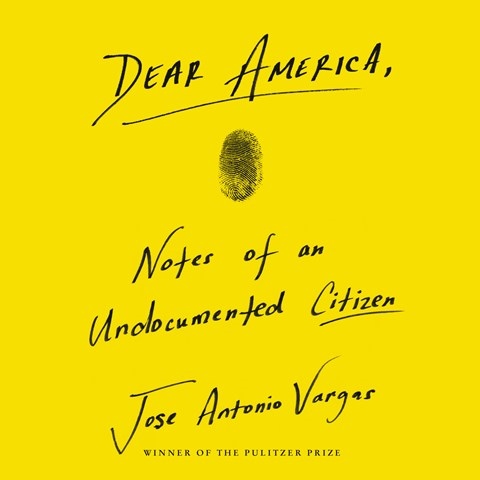 Journalist Jose Antonio Vargas may be the best-known undocumented immigrant in the United States after outing himself in the NEW YORK TIMES in 2011. Vargas's performance of his memoir is sincere, intelligent, and thoughtful. After arriving from the Philippines at age 12, he lived with his grandparents, who were naturalized citizens. When he learns, at 16, that his Green Card is fake, his shame and fear are palpable. His story focuses on lying, passing, and hiding, experiences common to all undocumented immigrants. In spite of his undocumented status, Vargas manages to go to college and become a journalist, but the inner conflict of living a lie paired with a journalist's pursuit of truth becomes overwhelming. Vargas exhibits passion and composure even as critics exhort him to "get in line" to become a citizen--though no such path exists from his current status. A.B. © AudioFile 2018, Portland, Maine [Published: NOVEMBER 2018]