Home»Reviews»JOURNAL OF THE PLAGUE YEAR 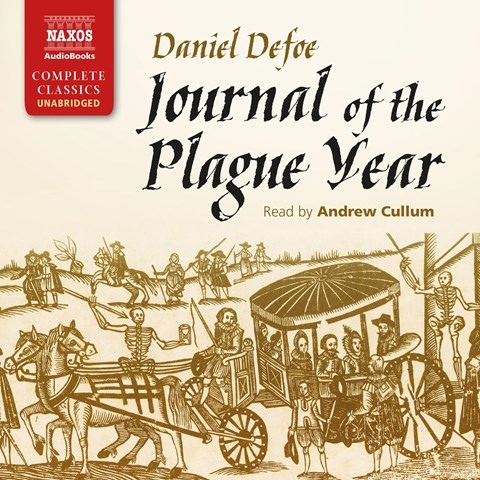 JOURNAL OF THE PLAGUE YEAR

Andrew Cullum's narration enlivens Defoe's historical novel about the 1665 plague in London. While Defoe was not an eyewitness, he re-created a realistic picture of the period through his own research. The novel relies heavily on the first-person narrator, who recounts his observations during the plague. Because of this, there is not much opportunity for Cullum to do vocal characterizations, but he maintains listeners' interest without them. This is quite a feat since there are parts of the novel where Defoe painstakingly lists statistics. Cullum has a deep, resonant voice, and he clearly articulates Defoe's writing. Although he maintains a serious tone, his pleasant cadence carries the listener through this gruesome account. D.M.W. Â© AudioFile 2018, Portland, Maine [Published: NOVEMBER 2018]