Home»Reviews»HEALING THE SOUL OF AMERICA 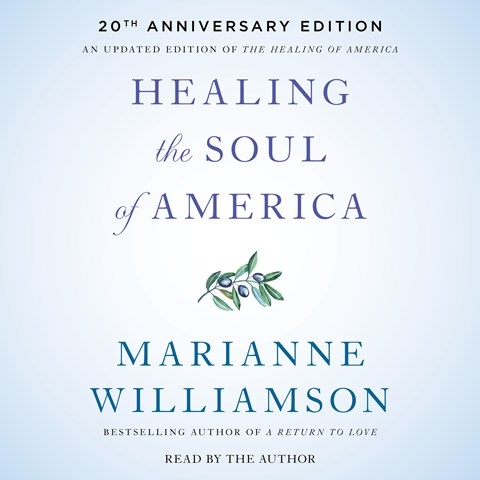 Author/narrator Marianne Williamson delivers a passionate and compelling message on the need for citizen involvement in America's current political system. Using updated information and clear supporting points, she calls for social activism inspired by a spiritual foundation. Williamson's narration is equally clear as she argues powerfully for a better America. She is sympathetic to those who feel defeated by the current government but stirs initiative to change a system that values its finances over its citizens. Williamson is persistent in her view that Americans must return to the nation's original principles and to actively participating in politics. She vigorously tells listeners of their responsibility to address today's political turmoil through personal healing and advocacy. Williamson envisions the future U.S. as hopeful and determined, caring and loving, and having a sense of unity. D.Z. © AudioFile 2018, Portland, Maine [Published: SEPTEMBER 2018]