HomeÂ»ReviewsÂ»MY FAMILY AND OTHER ANIMALS 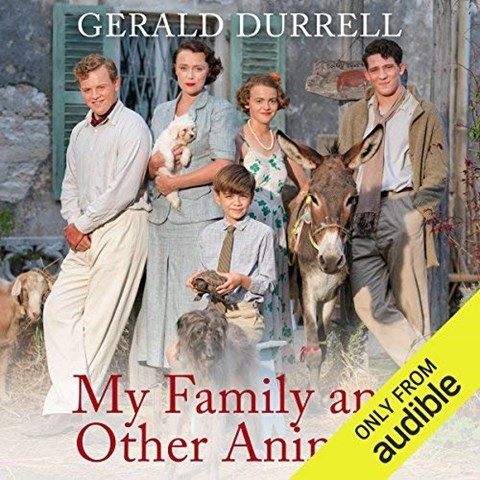 MY FAMILY AND OTHER ANIMALS

Four children aged 10 to 23; one widowed mother; and a five-year sojourn on Corfu in straitened circumstances. The result? Slapstick adventures, laughter, and some memorable flashes of psychological insight--all thanks to the wry and witty author, Gerald Durrell, and his ace narrator, Nigel Davenport. Davenport has a warm and attractively gritty narrative voice that perfectly channels Durrell's occasionally ribald bonhomie as he remembers his 10-year-old self and his family. He also creates distinctive and telling voices for the varying cast, including the author, a famous naturalist and zookeeper, who started by keeping a menagerie of everything from scorpions to owls in his bedroom as a child. Add his difficult writer-brother, girl-crazy brother, boy-crazy sister, indomitable mother, and various locals, and you have hours of listening pleasure. A.C.S. Winner of AudioFile Earphones Award © AudioFile 2018, Portland, Maine [Published: JULY 2018]