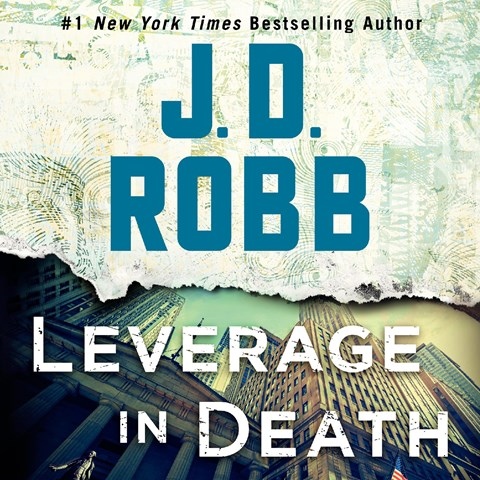 LEVERAGE IN DEATH In Death, Book 47

Narrator Susan Ericksen is at it again with the latest J.D. Robb police procedural. Lieutenant Eve Dallas is called to the aftermath of a suicide bombing on Wall Street that was timed to coincide with a corporate merger. The bomber was a beloved employee who was forced into wearing the explosive vest under the threat of losing his wife and child if he didn't cooperate. With the merger set to go on anyway, Eve works to uncover the motive of the family's captors. It's pure delight to hear the rich Irish accent of Eve's partner in life, and often in investigation, Roarke. Ericksen's voice as Eve's official detective partner, Peabody, sounds a bit goofy in tone, but then again, so is the lovable sunny sidekick whose speech swells with incredulity and wit. A.L.C. © AudioFile 2018, Portland, Maine [Published: SEPTEMBER 2018]