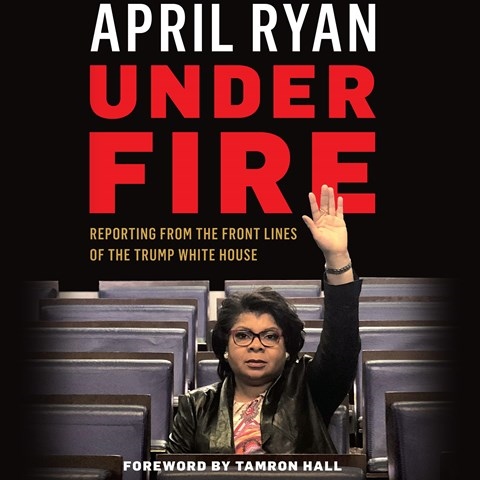 Narrator Janina Edwards provides a sincere but tempered voice for author April Ryan, an African-American White House correspondent who finds herself in the thick of dealing with a racist and sexist U.S. president. Ryan reveals the public and personal changes, challenges, and open hostility that she has faced during the Trump administration and articulates how Trump's war on the media jeopardizes American citizens and their democratic values. Edwards's gentle delivery belies the gravity that arises when Ryan explores particularly tense confrontations between herself and President Trump, his aides, or his sycophantic online and real-world followers. In sum, Ryan points out the implications of a White House accountable to no one. L.E. © AudioFile 2018, Portland, Maine [Published: OCTOBER 2018]