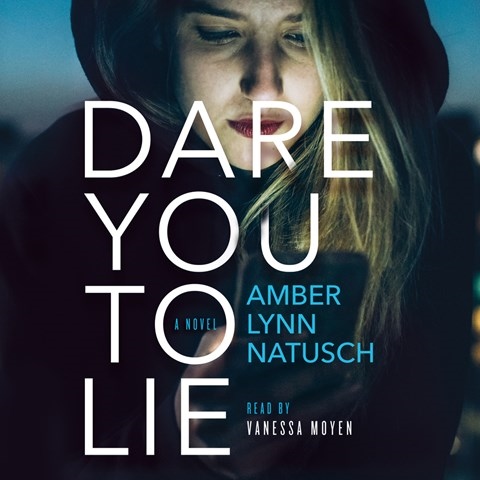 DARE YOU TO LIE

The kickoff to the Hometown Antihero series will appeal to fans of the TV series "Veronica Mars." Ky Danners, a petite, fierce blonde, is daughter of a former FBI agent who is now in prison. Narrator Vanessa Moyen is perfectly in tune with Ky's fast-paced, sarcastic tone. Ky is on a dual mission to get to the truth behind the sex photo scandal that forced her to leave town and to find evidence to prove her father innocent of shooting a fellow FBI agent. Moyen's delivery drives Ky's dialogue with friends and enemies of both genders. In particular, Moyen ably portrays the steroid-hyped football star who is intent on foiling Ky's attempts to find the truth, which turns out to be much more sinister than one imagines. E.Q. © AudioFile 2018, Portland, Maine [Published: AUGUST 2018]