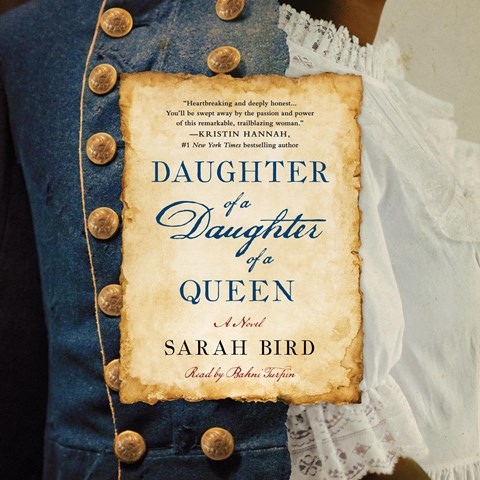 Narrator Bahni Turpin beautifully performs this novel based on the real-life story of Cathy Williams, who was born into slavery and "freed" by Union General Philip Sheridan for the purpose of helping his camp cook during the Civil War. Afterwards, Williams became the first woman to serve in the U.S. Army during peacetime. Disguising herself as a man, she served in the cavalry as a Buffalo Soldier for almost two years. Turpin skillfully delivers every nuance of Cathy's emotions--the pain of being separated from her family, the tenderness of first love, the fear of rape, and the determination to pull her weight--as well as the immense cost of her choices. The audiobook includes an interview with the author, who discusses her research. C.B.L. © AudioFile 2019, Portland, Maine [Published: FEBRUARY 2019]