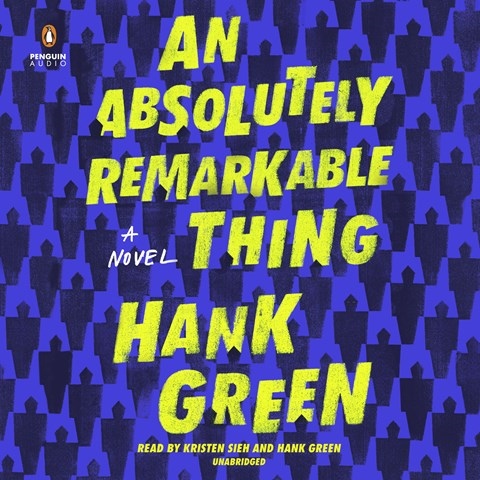 In his first novel, Hank Green proves his writing gift is equal to his vlogger fame. Kristen Sieh's breezy narration fits the fast pacing of the story and the quick wit of self-absorbed, acerbic April May. Life changes (and so does Sieh's adept portrayal) when April May discovers that a ten-foot-tall statue has suddenly appeared on a Manhattan sidewalk. A YouTube video of the statue she names Carl rockets April May into celebrity. Sieh marks her growing addiction to the limelight. Soon, April May's character deepens as she becomes the center of a mystery about the alien origin of 64 mysterious Carls all over the world. Ultimately, she must choose between fame and her humanity. Green himself delivers the surprising final chapter. Though marketed as an adult novel, this also has great YA appeal. S.W. Winner of AudioFile Earphones Award © AudioFile 2018, Portland, Maine [Published: OCTOBER 2018]