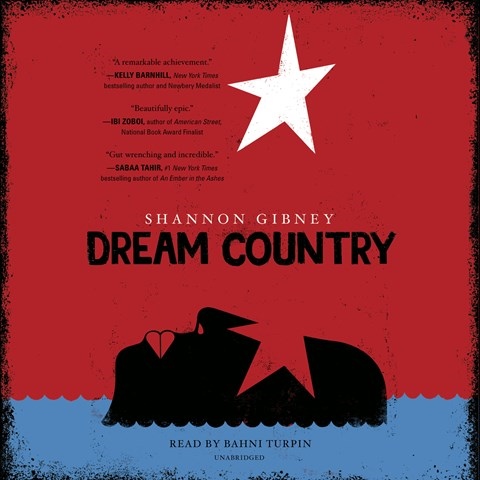 Narrator Bahni Turpin moves easily between the accents and emotions, times and places of five linked stories, beginning with that of Kollie Flomo in 2008. The 17-year-old Liberian refugee has undiagnosed PTSD that results in confusion, anger, and eventually his return to reform school in Monrovia. From there, the stories shift abruptly and without apparent reason. In 1926, Togar runs from colonialists and militia; in 1826, Yasmine Wright, a freed slave, returns to Liberia to gain greater control of her destiny. Then the hero changes to Kollie's father and his failed dreams of revolution. Finally, Angela, Kollie's sister, writes in 2018, giving greater context to these histories, each an unwritten ancestral tale she imagines. Turpin honors the fast pace and lyrical power of each while unifying the themes of trauma, disconnection, dreams, and endurance. S.W. Winner of AudioFile Earphones Award © AudioFile 2018, Portland, Maine [Published: DECEMBER 2018]