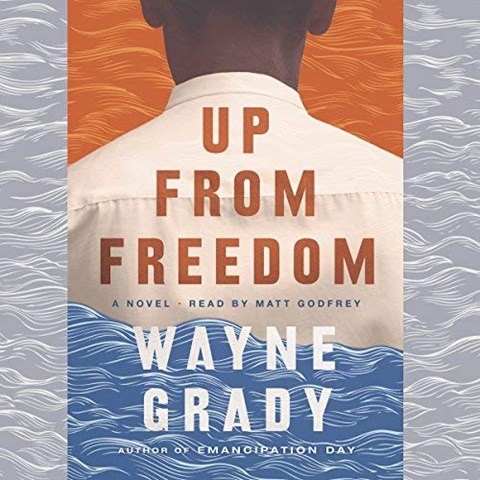 The United States can never separate itself from its racist past, as this audiobook reminds us. In the antebellum South, a son who swears he will not follow in his father's footsteps and own slaves is then forced to confront his father's, and by extension his country's, sins. Narrator Matt Godfrey has a scratchy, sometimes high-pitched voice with a quirky tone, and he uses it to deliver narrative effectively and to create memorable characters. Godfrey's pace is energetic from the start, and he moves at a brisk clip throughout. He smoothly portrays familiar Southern characters, some of whom are stereotypes, enhancing the story. While he doesn't have an especially elastic voice, he uses what he has to make this audiobook come alive. R.I.G. © AudioFile 2018, Portland, Maine [Published: DECEMBER 2018]