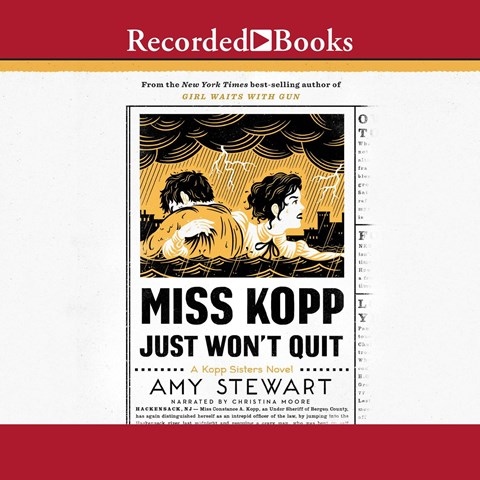 Stewart's main character, the first female deputy sheriff of New Jersey, Constance Kopp, is based on a real-life person. In the fourth installment of the Kopp sisters series, narrator Christina Moore portrays Constance as a no-nonsense deputy who doesn't ask for any favors but expects to be treated as the professional law officer she is. But in the 1916 election in Bergen County, both of the candidates for sheriff laugh at the idea of a "lady detective." Moore has a host of characters she brings to life, among them the good-old-boy former sheriff, who is running again, and his opponent, who criticizes Constance every chance he gets. Moore also depicts the compassionate side of Constance as she fights for delinquent girls and for a wife whose husband unjustly commits her to an asylum. J.E.M. © AudioFile 2018, Portland, Maine [Published: OCTOBER 2018]