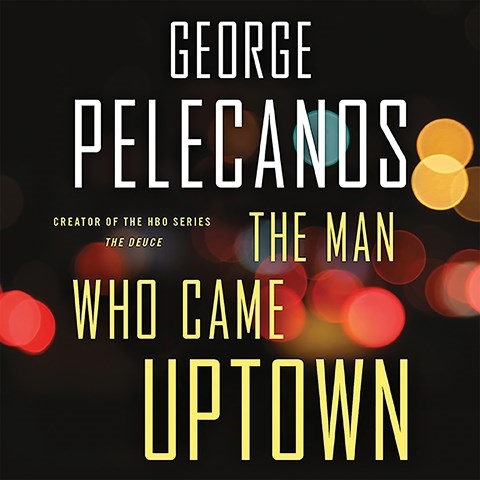 THE MAN WHO CAME UPTOWN

Author Pelecanos writes and narrator James Shippy delivers a story of well-intentioned men behaving badly. Honorable but slightly shady PI Phil Ornazian tampers with a witness in order to have Michael Hudson released from prison. Hudson ends up caught between his desire to go straight and the pressure to pay back Ornazian for helping him. Surprisingly, this is also a story about the power of books to engage, inspire, and transform. All of this is set in Pelecanos's Washington, DC. Shippy deftly differentiates the characters--black and white, male and female--although his voicing of Ornazian's wife's English working-class accent is jolting. He carefully enunciates each word of the narrative with a steady, even-paced cadence, sometimes emphasizing the significance of certain phrases with strategic pauses. Pelecanos fans will appreciate this listen. E.Q. © AudioFile 2018, Portland, Maine [Published: OCTOBER 2018]