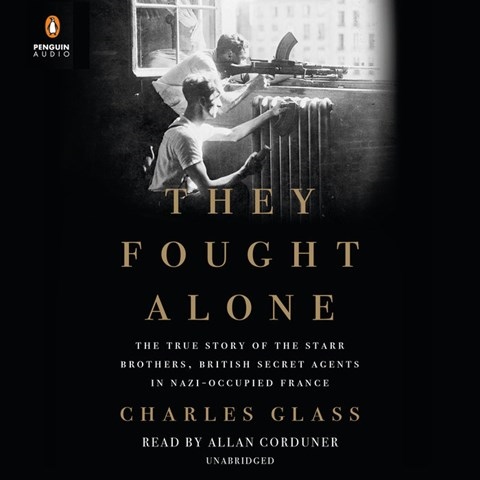 THEY FOUGHT ALONE The True Story of the Starr Brothers, British Secret Agents in Nazi-Occupied France

This fascinating audiobook tells the story of two British brothers, Charles and John Starr, who were sent to Occupied France to assist the Resistance. Narrator Allan Corduner delivers author Glass's story with precision. Working for a top-secret espionage operation known as the British Special Operations Executive, the brothers laid the groundwork for Winston Churchill's goal of setting Europe ablaze. Corduner uses an effective news anchor-like style that focuses the listener on the heretofore unknown work of this secret fighting force. The audiobook has many memorable moments, and Corduner particularly excels during the portions of the story in which it appeared that the Starr brothers were cooperating with the Nazis, when in actuality they were delaying and sabotaging them. D.J.S. © AudioFile 2019, Portland, Maine [Published: MARCH 2019]