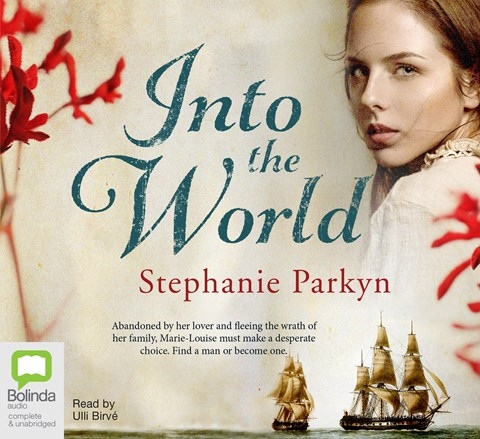 In 1791, during the French Revolution, Marie-Louise Girandin leaves her illegitimate newborn son with her friend, disguises herself as a man, and secures employment as a kitchen steward aboard the ship RECHERCHE. In a soothing voice that still conveys emotional depth, narrator Ulli Birvé depicts Marie-Louise's frequently dangerous encounters with her male shipmates and her education on the natural world from scientist passengers. Marie-Louise's exposure to new cultures at various stops helps her reevaluate her views on French society and the conflict between royalists and revolutionaries. Birvé does an admirable job distinguishing the many male characters and is equally adept with both French and English pronunciations. Listeners will find themselves engrossed in this historical adventure novel inspired by true events. M.J. © AudioFile 2019, Portland, Maine [Published: JANUARY 2019]