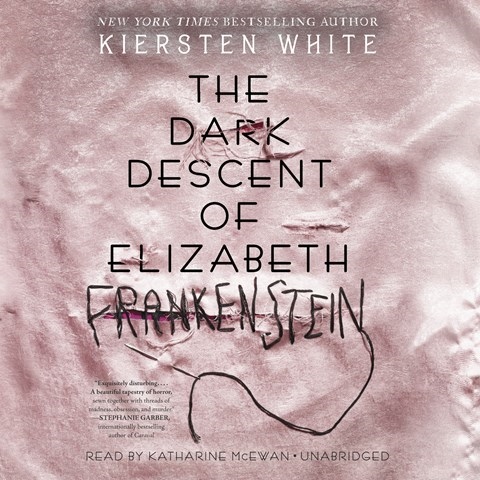 THE DARK DESCENT OF ELIZABETH FRANKENSTEIN

Though Elizabeth Lavenza is relegated to a supporting role in Mary Shelley's FRANKENSTEIN, she's the central figure in this chilling reimagining of the gothic classic. Narrator Katharine McEwan's portrayal of the title character is soft, measured, and sympathetic--all necessary qualities for Elizabeth, whose position as a ward of the wealthy Frankenstein family depends on her ability to control son Victor's frightening, mercurial moods. As the story unfolds, adding disturbing new layers to Shelley's original plot, McEwan draws listeners quietly yet inexorably into Elizabeth's growing dread at Victor's gruesome experiments, her resolve to secure their future, and her shock when she discovers the horrors in which she's been complicit. As eerie as it is enthralling, this audiobook can be relished by FRANKENSTEIN fans and newcomers alike. R.A.H. © AudioFile 2018, Portland, Maine [Published: OCTOBER 2018]