Home»Reviews»THE INFINITE PIECES OF US 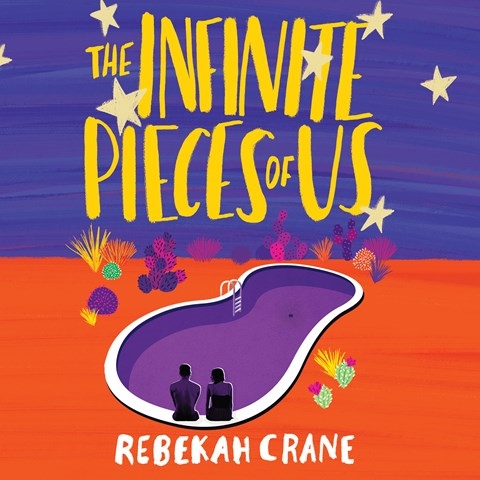 THE INFINITE PIECES OF US

Lauren Ezzo takes us inside Esther Ainsworth's mind as she narrates this stream-of-consciousness story. Ezzo's delivery is an emotionless monotone, although her portrayal of Color, the girl who becomes Esther's new friend and confidante, does add some feeling to the story. Esther's stepfather has moved the family from Ohio to New Mexico, hoping Esther can find "salvation" and a fresh start from the haunting, shameful secret he would like to bury. She, on the other hand, would like to uncover the secrets. She wishes life's problems were as easily solved as the math problems that are her "soulvation" and distraction, but even the math jokes she sprinkles throughout the story fail to pump life into this predictable, cliché-ridden work. N.E.M. © AudioFile 2019, Portland, Maine [Published: JANUARY 2019]