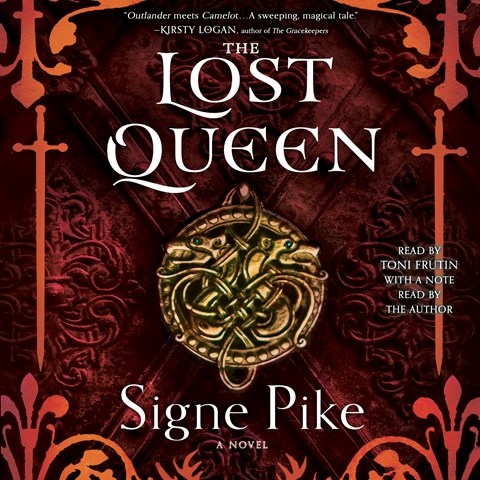 Set in sixth-century Scotland, Pike's debut novel is the first of a planned trilogy exploring the Arthurian legend. The story is told from the point-of-view of Languoreth, a historical figure and twin sister of Lailoken, the man who inspired the Merlin legend. Narrator Toni Frutin does equally well with female and male characters, imbuing them with the strength to survive the harsh and brutal times, but also showing the subtleties of character that make them multidimensional and memorable. Frutin creates an atmosphere of tension as the proponents of the new Christian God seek the demise of the Old Way and the Druids (the Wisdom Keepers). She sets a strong, steady pace that make the hours fly by. J.E.M. Winner of AudioFile Earphones Award © AudioFile 2018, Portland, Maine [Published: OCTOBER 2018]