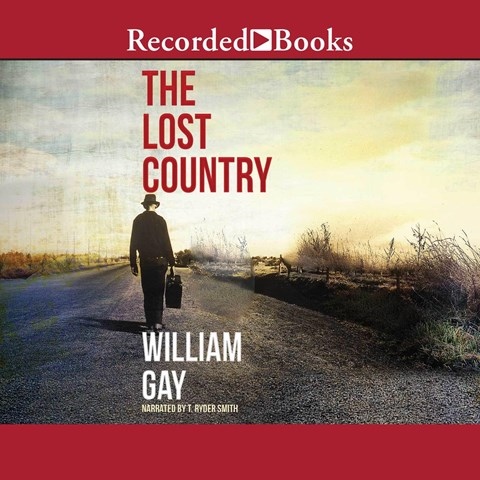 T. Ryder Smith narrates this dark Southern Gothic involving an estranged son recently discharged from the Navy, a shameless con man, and an unbalanced brother and sister. Billy Edgewater's journey east to visit his dying father in Tennessee is filled with atmospheric detail and strange, sometimes vulgar, encounters. Smith's performance is uneven, often marked by exaggerated Southern drawls that alternate between frenzied and boozy. That said, the material itself presents a challenge as it lacks delineation (it is without chapters), and Edgewater himself often withdraws without warning into dreamlike, often nightmarish, reverie, adding to the confusion and wandering pace. Smith nails the foreword and afterword, which recounts the curious biography of the author and his once-lost manuscript. Sadly, what lies between lacks coherence. A.S. © AudioFile 2019, Portland, Maine [Published: FEBRUARY 2019]