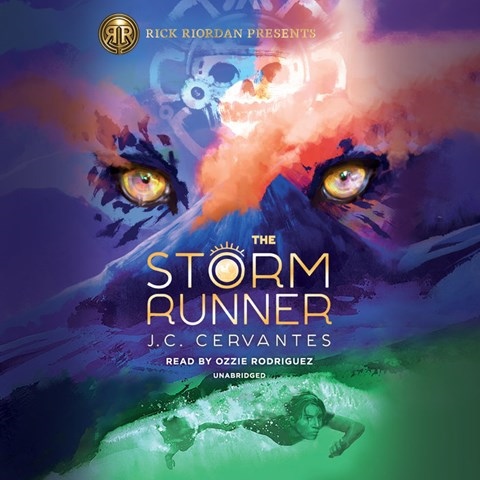 Narrator Ozzie Rodriguez perfectly manages a mix of Spanish and American accents in this Mayan mythology-inspired adventure. Zane, a contemporary 13-year-old, meets a beautiful female shape-shifter who tells him that he is actually supernatural and will play a role in releasing the Mayan god of death, disaster, and darkness from the volcano in his backyard. Reluctantly, Zane embarks on a dangerous quest to save the world from destruction, which introduces him to feisty heroes, tricky gods, murderous demons, and spirited giants. Zane is a likable, engaging hero, and Rodriguez portrays him with straightforward sincerity that rings true even in this wildly fantastical plot. Fans of Rick Riordan's Percy Jackson series will love this. S.C. © AudioFile 2018, Portland, Maine [Published: NOVEMBER 2018]