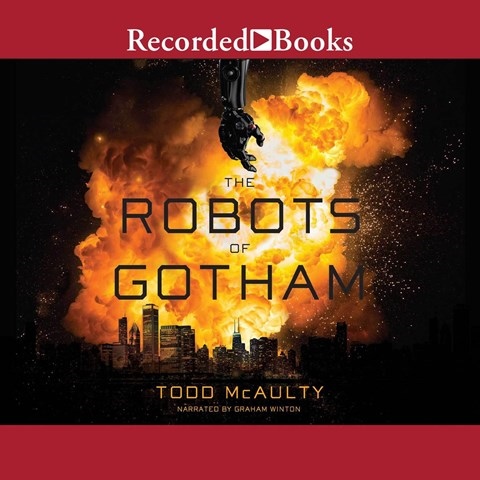 THE ROBOTS OF GOTHAM

This fantastical audiobook features an everyman who stumbles onto a labyrinthian conspiracy. Narrator Graham Winton smoothly inhabits Canadian Barry Simcoe, who has grown up in a world in which humans are subjugated by robot rulers. The wise-ass yet cunning Simcoe starts out as an innocent who gets caught up in a rebel attack during a business trip to Chicago. He soon hooks up with a badly injured robot and a stoic Russian medic, and together they discover a plague engineered by machines to kill humans. Winton is up to the challenge of creating a large cast of characters with accents ranging from Russian to Spanish and whatever it is that robots speak. The result is a complex and fascinating thriller as Simcoe and his allies race to save humankind from its equally diabolical successor. D.E.M. © AudioFile 2019, Portland, Maine [Published: MARCH 2019]