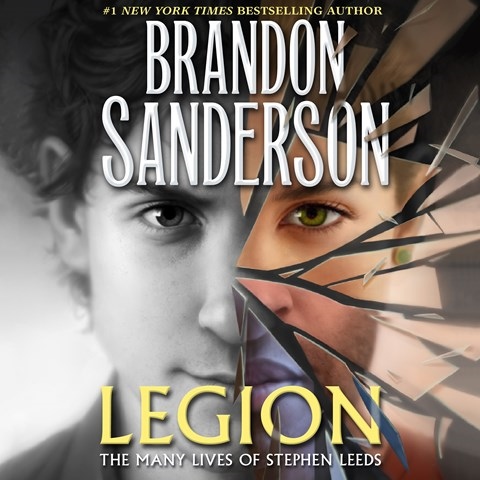 LEGION The Many Lives of Stephen Leeds

Narrator Oliver Wyman returns for the final Stephen Leeds adventures. Stephen's unusual mind grants him the ability to create hallucinatory personas with singular skills that are fully realized but only visible to him. Whether he's morphed into a cocksure weapons expert or a somber historian, Stephen's personas help him solve mysteries involving strange technologies. Wyman slips smoothly into Stephen's voice and wields a staggering number of accents and inflections in portraying other characters. His narration captures both the story's lighthearted humor and surprising relationship dynamics, resulting in a short listen enhanced by a wonderful voice. The novellas lose steam, but Wyman's narration ensures that listeners feel the impact of Sanderson's story by never losing focus on Stephen and his extraordinary mind. J.M.M. © AudioFile 2018, Portland, Maine [Published: DECEMBER 2018]