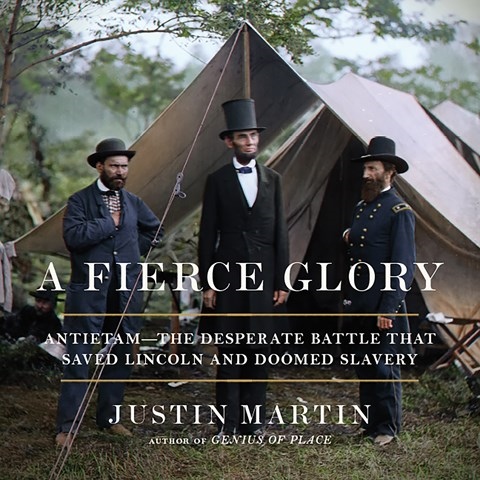 A FIERCE GLORY Antietam: The Desperate Battle That Saved Lincoln and Doomed Slavery

Narrator James Thomas's baritone is a good fit for this account of the Battle of Antietam, the bloodiest single day in American military history. Rather than a mere recounting of the battle, Martin weaves in Lincoln and the Emancipation Proclamation while also bringing to the listener the president's grief over the death of his son Willie earlier in the year, as well as details of the tense relationship between Lincoln and the commander of the Army of the Potomac, McClellan. Thomas's enunciation is easily understood, and his pace is leisurely but not too slow. Overall, his expression is appropriate for the text, making this an informative listening experience. M.T.F. © AudioFile 2019, Portland, Maine [Published: JUNE 2019]