Home»Reviews»LIES, LOVE, AND BREAKFAST AT TIFFANY'S 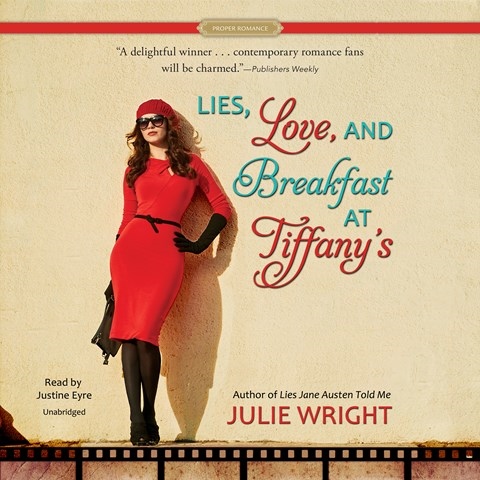 LIES, LOVE, AND BREAKFAST AT TIFFANY'S

Narrator Justine Eyre deftly brings the listener into the world of Hollywood. This behind-the-scenes story features a young woman who is an aspiring film editor. Sylvia Bradshaw grew up under the wing of her grandmother, a renowned makeup artist who offered insights into the real Hollywood. Eyre's storytelling captures Sylvia's emotions as she negotiates the highs and lows of her career and love life. Eyre provides an audio experience that makes listeners feel like they're in L.A. right along with Sylvia. As she finds her way in a male-dominated field, Sylvia relies on the wisdom imparted by some of Audrey Hepburn's most well-known characters, such as Holly Golightly in BREAKFAST AT TIFFANY'S. B.E.S. © AudioFile 2019, Portland, Maine [Published: FEBRUARY 2019]