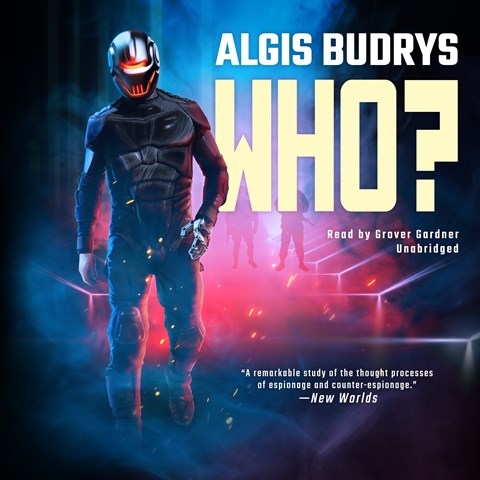 Narrator Grover Gardner captures the essence of an underrated science fiction classic while highlighting its introspective musings. At the height of the Cold War, Dr. Lucas Martino works tirelessly on a mysterious project that explodes, leaving him disfigured. Martino stumbles home months later, rebuilt with robotic parts and unable to prove his identity. Gardner subtly layers in humor and wry psychological observations as Martino grapples with what it means to be human. Characters feel alive and dynamic, and the scenes crackle with quiet intensity. Accents and inflections hint at character intentions and motivations, a testament to both Budrys and Gardner. Gardner's gravelly timbre imbues each scene with a sense of contemplation while never slowing the pace or the story's message. J.M.M. Winner of AudioFile Earphones Award © AudioFile 2019, Portland, Maine [Published: JANUARY 2019]