Home»Reviews»HOW SHE DIED, HOW I LIVED 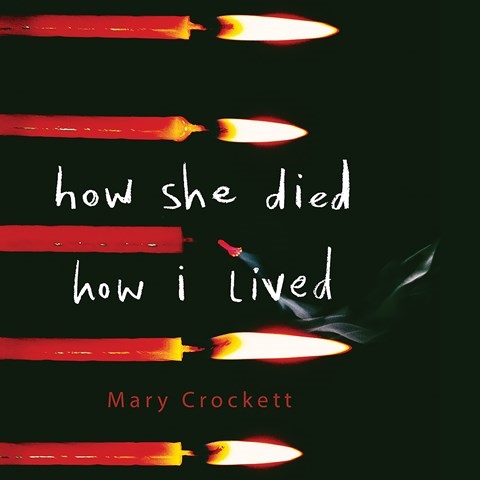 HOW SHE DIED, HOW I LIVED

Bailey Carr narrates this thoughtful story about trauma and survivor's guilt with a tinge of romance. The unnamed protagonist was one of five girls Kyle texted on a lazy summer day. Only one girl, Jamie, agreed to meet up with him, and he murdered her. A year later, Kyle's sentencing is coming up, and the protagonist relives her complex emotions in anticipation of testifying against him. Complicating matters is the fact that she is falling in love with Charlie, Jamie's loyal and loving ex-boyfriend. Carr is believable as a teenage girl, and she perfectly portrays the protagonist's constantly shifting emotional state. Some characters are described as having Southern accents, and Carr voices them convincingly. S.P. © AudioFile 2019, Portland, Maine [Published: MARCH 2019]