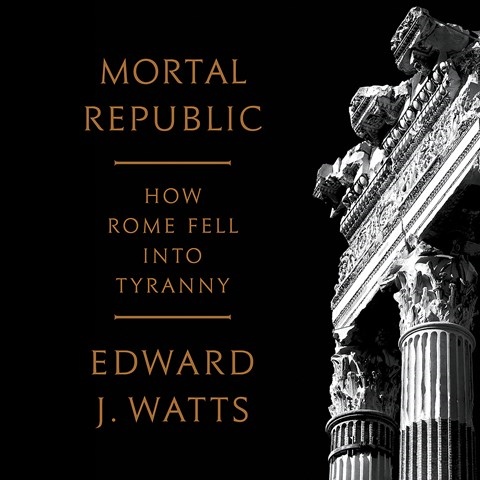 There's great drama in Watts's history of Rome from the Punic Wars to the fall of the Republic. However, narrator Matthew Kugler tries too hard to convey it, to engage listeners, and to underline the significance of this story with respect to our own time. He starts with the forced drama and the exaggerated emphases of an announcer narrating the trailer for an action thriller. Such "marquee" reading distances the listener. Still, his voice is strong, and his pacing, though speedy, is basically good. He does moderate his tone eventually, still emphasizing too many words but allowing the story, and his essential intelligence, to come to the fore. His performance of Watts's quick-moving history is flawed, then, but not fatally. W.M. © AudioFile 2019, Portland, Maine [Published: MARCH 2019]