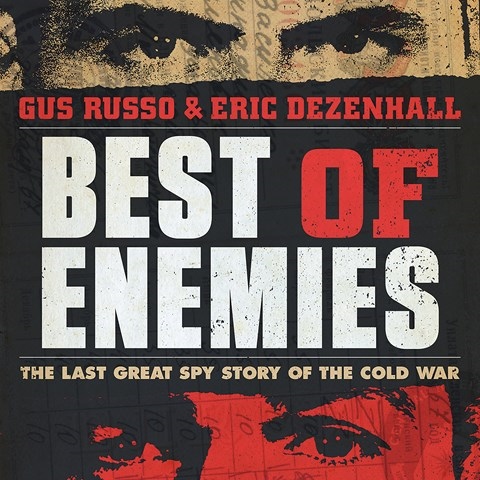 Robert Petkoff opts for a barebones narration of the unusual friendship between CIA maverick Jack (Cowboy) Platt, based in Washington, DC, and KGB agent Gennady Vasilenko, based in the Soviet embassy. Petkoff's detached narration reflects the attitude of the two spies as they carried out their dirty tricks. Methods of interrogation and torture, and other deadly aspects of spy craft from the Cold War into the twenty-first century, are also depicted in the story. Petkoff's minimal Russian accent for Vasilenko's dialogue and Russian terminology contrasts dramatically with his "radio broadcaster" enunciation for the narrative and his portrayals of Platt and other Americans. A perfect listen for fans of spy stories and exposés. M.B.K. © AudioFile 2019, Portland, Maine [Published: FEBRUARY 2019]