Home»Reviews»JACK OF HEARTS (AND OTHER PARTS) 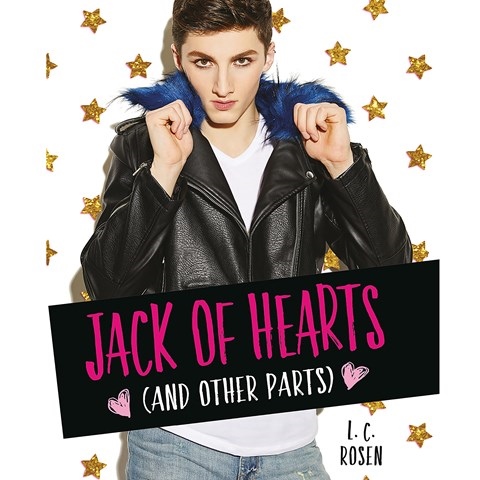 JACK OF HEARTS (AND OTHER PARTS)

At 17 years old, privileged private school student Jack is an out-and-proud, makeup-wearing, gleefully promiscuous poster boy for sex positivity. He's not bothered by his slutty reputation, but after he starts writing a sex advice column for his friend's blog, he's disturbed by the unwelcome attention of an anonymous stalker. Narrator Drew Caidan allows Jack's authenticity to shine through, whether he's expressing warmth, humor, anxiety, or explicit candor. It's a performance that, similar to Jack's columns, educates without being preachy, reminding listeners that even the most flamboyant LGBTQ people are people, not merely entertainment to be consumed. R.A.H. © AudioFile 2019, Portland, Maine [Published: JANUARY 2019]