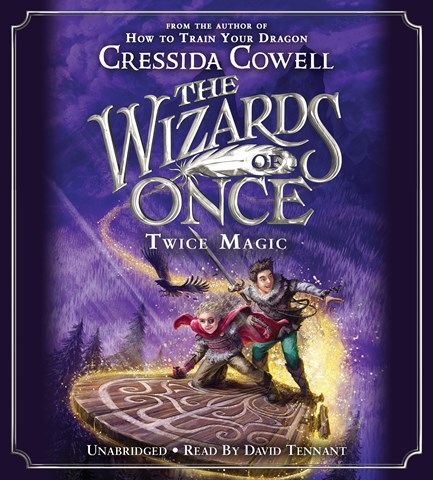 TWICE MAGIC The Wizards of Once, Book 2

Narrator David Tennant returns for this sequel. He gives each character a voice so distinct that this audiobook is comparable to a full-cast production. The wizard Xar practices dark magic--but at what cost? The warrior Wish has innate magical abilities, skills that are unheard of among her people. Xar and Wish set out on a quest to rid their land of witches, an act they believe will fix all their problems. Characters have accents that represent a variety of dialects across the British Isles. Listeners enjoying this audiobook should be warned that booming sound effects sometimes appear, seemingly out of nowhere. More appealing are the few occasions when characters share the songs of their clans. Tennant sings these beautifully. S.P. Winner of AudioFile Earphones Award © AudioFile 2019, Portland, Maine [Published: FEBRUARY 2019]