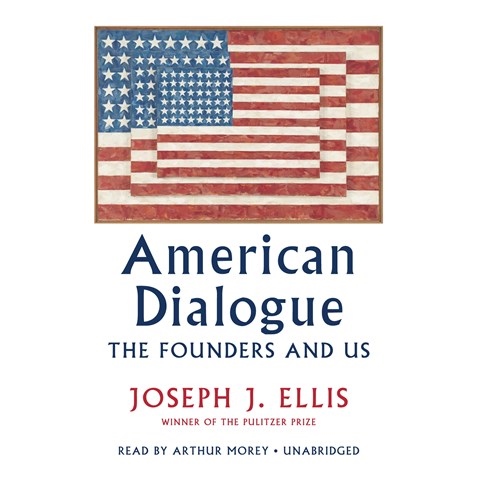 AMERICAN DIALOGUE The Founders and Us

In a somber, authoritative voice, narrator Arthur Morey reveals what Founding Fathers George Washington, Thomas Jefferson, James Madison, and John Adams might think of today's American society. This audiobook, written by historian Joseph Ellis, focuses on the modern practice of twisting the Constitution to suit various political agendas. The Founding Fathers were men who were influenced by their upbringing and lifestyles as they tried to create a living document to guide a new country. With pitch-perfect delivery, Morey examines Ellis's work on issues like race and wealth while encouraging listeners to think independently. This painstakingly researched audiobook delves into archives and the private letters of our forefathers for a work that is endlessly fascinating--and current. M.S. © AudioFile 2018, Portland, Maine [Published: NOVEMBER 2018]