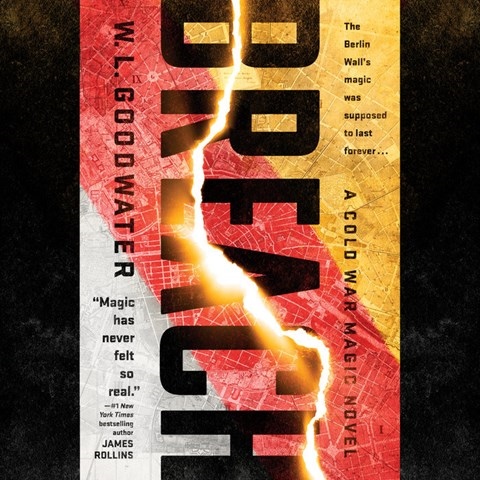 Narrator January LaVoy has a feisty protagonist in this alternate history, which postulates that the Berlin Wall was created overnight--by magic. Now it has been breached and is in danger of falling down. Karen, a young magician, is sent to Germany to assist the CIA in finding out what is going on. LaVoy re-creates the atmosphere of contempt that many women faced in the 1960s when they ventured into what was viewed as a man's job. She presents Karen as strong yet vulnerable. LaVoy also deals effectively with the male characters, differentiating them primarily by age and nationality. Maintaining a sense of urgency, she builds the story's tension as magic becomes a force to be reckoned with. This is the first of a series about the Cold War. J.E.M. © AudioFile 2019, Portland, Maine [Published: MARCH 2019]