Home»Reviews»LET'S GO (SO WE CAN GET BACK) 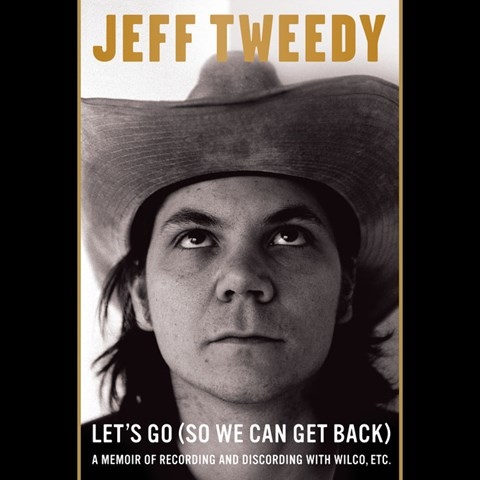 LET'S GO (SO WE CAN GET BACK) A Memoir of Recording and Discording with Wilco, Etc.

Fans of the alternative rock band Wilco would likely be upset if anyone other than its leader, Jeff Tweedy, performed his audiobook memoir. The occasional Wilco snark and meandering monologue herein are in keeping with his onstage persona. Maybe a professional narrator might have had an easier time with the pacing, but he couldn't capture the spirit. This work will also delight fans of Wilco and Tweedy's previous band, Uncle Tupelo. Tweedy talks about his occasionally weird childhood, his slow decision to become a musician, and the way his career just kind of happened. Fans will delight in the backstories of their favorite songs and the tales from the road. His wife, Susie, proves to be a better narrator in her short section. Take a lesson from the lady, Jeff. M.S. © AudioFile 2019, Portland, Maine [Published: FEBRUARY 2019]