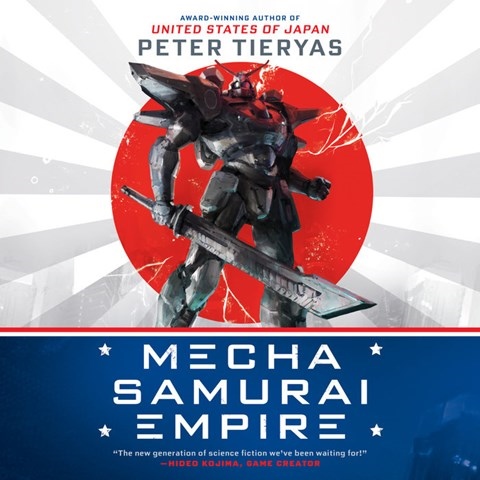 Joel de la Fuente narrates this alternate history in which WWII ended differently. In the United States of Japan, Mac wants nothing more than to ride inside, and even pilot, a mecha, a giant battle robot, as his late parents did. De la Fuente's first-person narration of the whiny and angst-ridden teenage boy is spot-on. As the story evolves, so does the hero. De la Fuente alters his narration so the listener can hear how Mac changes. The secondary characters consist of a German girl, an aging Australian mecha pilot, and a no-nonsense traditional Japanese drill sergeant, all of whom de la Fuente brings to life with perfect accents and tones. A.R.F. © AudioFile 2019, Portland, Maine [Published: FEBRUARY 2019]