Home»Reviews»THE SHAPE OF THE RUINS 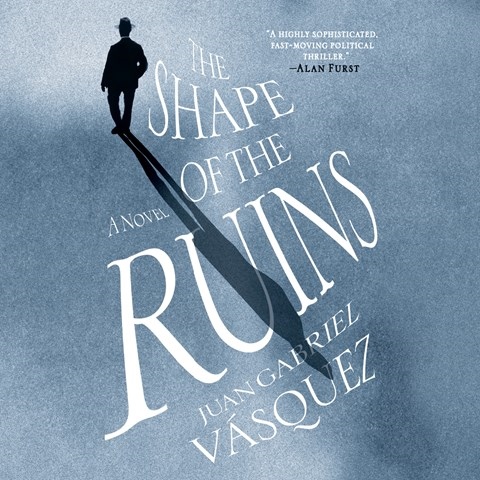 THE SHAPE OF THE RUINS

Sheldon Romero does an admirable job narrating Vásquez's new novel of modern Colombia and its long and labyrinthine history of political unrest, assassinations, and the inevitable conspiracies that follow. Romero's calm tone and even pitch provide an interesting contrast to the tumultuous story and help to clarify events for the listener. The story is told from the point of view of a novelist--also named Juan Gabriel Vásquez--who becomes entangled with two men, one a highly respected doctor, who are both obsessed with the conspiracy culture (such as the one that sprung up after the Kennedy assassination). The story is fascinating, a treat for attentive listeners who enjoy the rich tapestry of South American literature. D.G.P. © AudioFile 2018, Portland, Maine [Published: DECEMBER 2018]