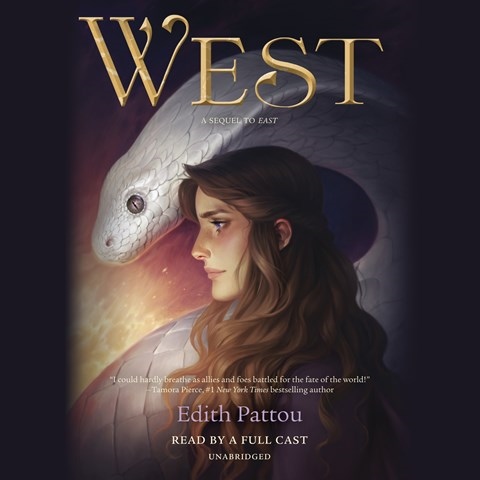 The audiobook WEST has just as much adventure and enchantment as its predecessor, EAST. It opens three years later as Rose's blissful marriage to Charles, who was formerly a white bear, is again challenged by the Troll Queen's magic. Narrator Renee Raudman takes the role of the determined and romantic Rose, who is bent on rescuing Charles. Robertson Dean's sonorous voice reflects Charles's tenderness. Their love has expanded to include a baby left in the care of Rose's mother, portrayed with maternal care and worry by Kimberly Farr. All the narrators provide skillful depictions that add to the plot's drama, including those who portray minor characters. S.W. © AudioFile 2019, Portland, Maine [Published: JANUARY 2019]