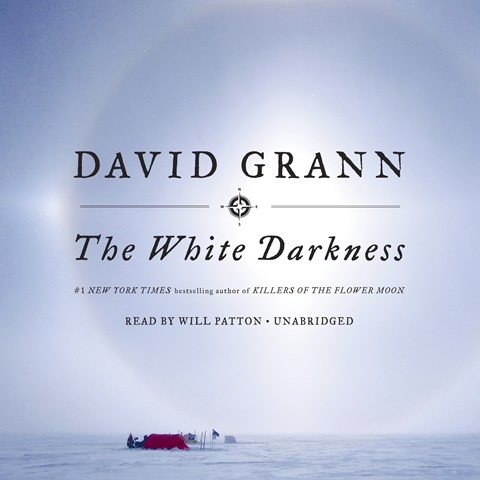 by David Grann | Read by Will Patton

Narrator Will Patton's voice is gruff and raspy--perfect for evoking the isolation and fortitude of Henry Worsley as he carried out a solo expedition across the freezing landscape of Antarctica in 2008, retracing the footsteps of Ernest Shackleton. But Patton's performance is also suffused with warmth, honesty, and joy, reflecting Worsley's enduring love for his family and his passion for all things related to Shackleton. Worsley admired Shackleton's leadership skills, asking himself in difficult situations, "What would Shacks do?" Distantly related to the captain of Shackleton's ship, Worsley crossed Antarctica on foot with two other descendants of Shackleton's men. In 2015, he attempted the expedition alone, making regular audio dispatches en route. An audiobook may lack David Grann's photographs, but Patton makes up for it with his heartbreaking and beautiful narration. A.B. Winner of AudioFile Earphones Award © AudioFile 2018, Portland, Maine [Published: OCTOBER 2018]