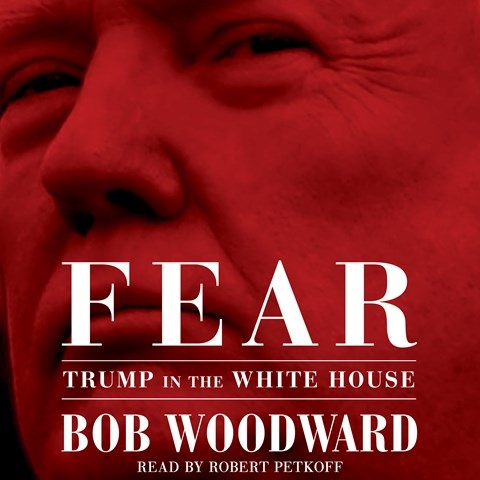 FEAR Trump in the White House

With the steely, measured delivery of a seasoned newscaster, Robert Petkoff narrates an audiobook that truly lives up to its title. As he has done for decades since breaking the Watergate scandal, reporter Bob Woodward dissects the White House, in this case since the election of Donald Trump. The results are frightening. Using hundreds of hours of interviews with White House sources, notes from meetings, journals, and other available information, Woodward describes Trump as a man who refuses to read research before making major decisions and ignores and belittles the advice of experts, instead running the Oval Office on instinct and rash decisions. Woodward and Petkoff humanize other key members of the White House including embittered Chief of Staff John Kelly, erratic former Chief of Staff Steve Bannon, occasional voice of reason Ivanka Trump, and a host of others. It's a fascinating, often horrifying work of journalism. M.S. © AudioFile 2018, Portland, Maine [Published: SEPTEMBER 2018]