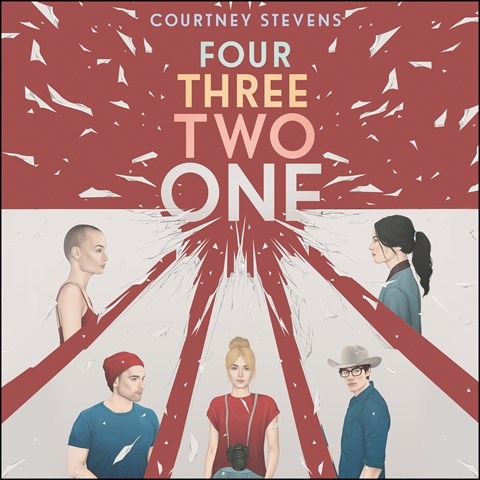 After a promising beginning, narrators Bailey Carr and Erin Spencer skillfully keep this novel on course as it devolves into too many hot-button issues and unrealistic characters and too much unbelievable behavior. Kentuckians Golden "Go" Jennings and her boyfriend, Chandler, travel to New York City to photograph Ellis Island for her grandmother when a bomb explodes on their bus. Carr's diverse tones describe Go's and Chandler's simple lives at their commune, their experience of the vibrant city, and the guilt of being two of only four survivors of the bombing. Her best creation is Go's grandma, who is tough but a wellspring of wisdom. Spencer deftly portrays the deeply troubled and evolving Caroline, the bomber's girlfriend. S.G.B. © AudioFile 2019, Portland, Maine [Published: FEBRUARY 2019]